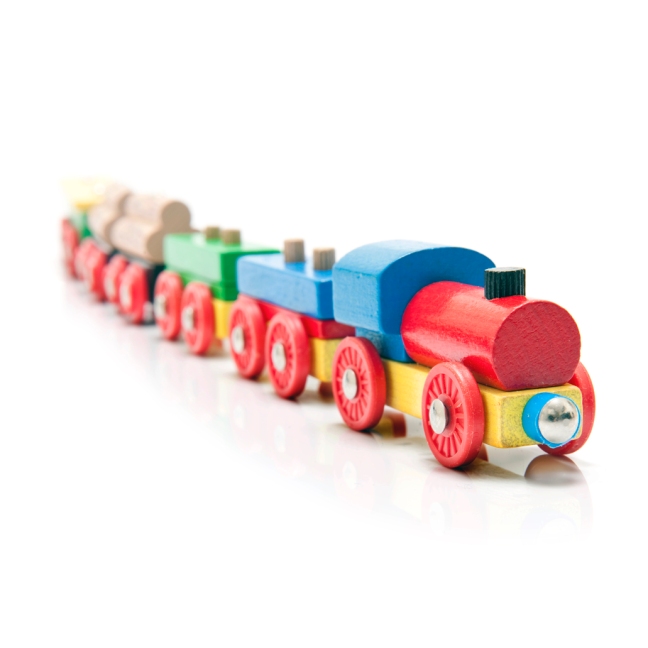 Are you sick of hearing how Blockchain will disrupt your business? Just imagine – this technology, which nobody else understands either, will destroy absolutely everything you’ve ever worked for.

Yes, apparently the Millenials held a meeting and decided that the Tinder wasn’t such a great idea after all. In fact, they all thought getting married by Blockchain was the best way to overcome that technology faux pas. [Thankfully that hasn’t caught on –Ed.]

With the launch of CollabSystem Custom Cloud, we’re in a unique position to offer you an unequivocally superior alternative to Blockchain. CollabSystem’s BlockTrain™ is 43% more perplexing than Bitcoin, and according to the Magic Octagon, 86% more pointy.

Best of all, every BlockTrain™ includes a non-stick Gore Tex coating, has an ETOPS range of 4800nm, and keeps you healthy with vegan probiotic cultures.

Now is a great time to examine all the limitations of traditional Blockchain, and why we’ve taken the insane decision to reinvent the wheel.

One of the founding principles of IT governance is that you know where your data lives. Let’s not even try and define what a ledger is (or isn’t). With a distributed anything, you just have no idea where your precious data happens to be. Like Schrödinger’s cat, your data is everywhere and nowhere at the same time.

With BlockTrain™, we keep the data for you in our super-secure vault. It’s got a big steel door, just like in the movies. It’s so secure that we’re not even allowed to tell you where it is, even if you promise to do everything in world’s most onerous NDA.

Slightly concerned with lots of bad people having access to your transaction history? You’re definitely not alone.

Trust is the currency of our new economy, so it makes absolutely no sense to trust people you don’t even know to keep track of your most intimate transactions. Alternatively, if trust is really the “new currency”, then a trustless system (like Blockchain) by definition has no value.

Whichever logic you prefer, we’ve made it work in our favour. Trust CollabSystem with it all, we’re totally legit and trustworthy. We’re a startup, and have placed your hopes and dreams at the epicentre of our purpose. What could possibly go wrong!

Apparently, the best feature of Blockchain is that transactions are preserved since time immemorial and forever into the future as a single source of truth. Sometimes you just want the ability to get a refund. Or more importantly, you only need to see your $3.20 coffee purchase, without combing through 1TB of other people’s meaningless purchases from Amazon.

Yes, soon enough the block chain will generate more data than YouTube and there’s no way to split up that monolithic, single “history”.

So we’ve created BlockTrain™ Wagons™. You can ask us to separate your Wagon™ from the rest of the train, and that becomes your own, personal transaction ledger. Free for your to copy, store, or delete at your leisure.

Wagons™ are small enough to fit on a USB key, which can be conveniently misplaced on most modes of public transport.

We think every one of our customers is worthy of their own single source of truth. Why pick the shared room when you can pay for the private cabin upgrade?

It’s ok for other people’s transactions to be in that data mess, but we don’t think that’s good enough for our customers. With CollabSystem, you get control of your own Wagon™ and your transactions don’t have to be part of the single source of truth.

BlockTrain™ overcomes this by allowing you to 3D print your new-found wealth in an array of fluorescent colours. You can then place these around your house to show off just how ridiculously out-of-touch you really are.

Better still, even if the BlockTrain™ market collapses (which we don’t think it will, but no promises), you’re left with a pile of stackable plastic knick-knacks to vacuum up on weekends.