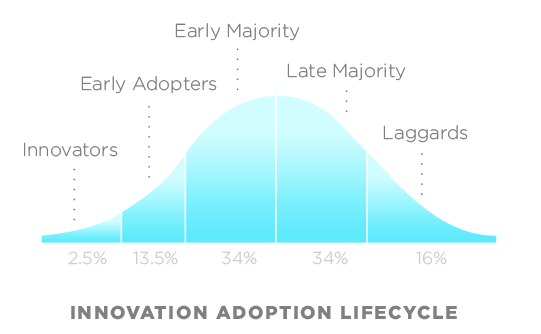 CollabSystem is proud to announce the launch of their latest product offering, Complete Adoption.

Companies have traditionally struggled with adoption of Software as a Service products, and CollabSystem’s Complete Adoption is the only package on the market today offering a guarantee of 100% adoption within 24 hours or your money back. When combined with Walking and Talking, Adoption rates of 98% are guaranteed for the next 15 years with absolutely no additional effort.

CollabSystem’s Complete Adoption brings the very latest in consumer trends to your enterprise, without any adaptation or consideration of the new context. That means instant familiarity for all your “Insta peeps”.

Complete Adoption is almost effortless, and can be achieved by simply posting a picture of a dress. Then ask “Is the dress blue or gold?”

At CollabSystem we like to break barriers, and we never considered 100% to be the limit for adoption. In fact, Complete Adoption can now promise adoption rates of at least 387% through the addition of cute cat photos.

One Complete Adoption customer said “I was skeptical at first, but adoption increased literally overnight. I woke up the next morning and everyone had an opinion about that dress. I was stunned.” He went on to say that he wasn’t sure if this was really what his corporate culture needed:

I actually wanted our people to be more productive with technology, but our vendors said they could only measure adoption.

I guess that means adoption is the same as productivity, but my company must be the exception that proves the rule.

We’ve had to employ extra security in our open plan offices to break up fights between blue and gold supporters.

One adoptee added: “It took me several hours, but eventually I managed to give the cat a cuteness score of 11 out of 10. Isn’t he just adorable?”

CollabSystem’s Emperor of Complete Adoption, Mr Mistoffelees, recently responded to allegations that the photos were a waste of time, cleverly bringing the conversation back to the narrative approved by corporate communications:

We surveyed a zillion multinational corporations and their number one technology problem was adoption.

Now with adoption out of the way, we’re currently working our way through the rest of the world’s problems in chronological order. Time-wasting currently ranks #478, just after poorly directed air conditioning vents at #477. World peace is #7.

For more information or to add Complete Adoption to your existing SaaS products, contact CollabSystem.